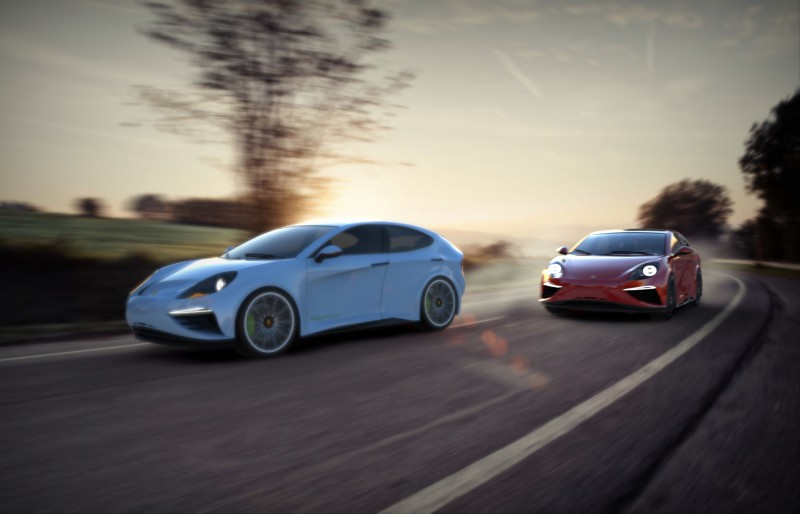 The alarm rings at 7 and a half in the morning, get dressed quickly, eat breakfast, dress the children and bring them to class. At the school gate the phone rings: your boss arrives to the airport in ten minutes. Press the button: the back seats are pulled back, leaving 30 centimeters of extra space. You park right in front of the company, in an impossible space, look at his smile in the rearview mirror, it’s comfortable, almost as much as his daily Panamera. Saturday plays out with bikes, you press the button again and the rear seat is pulled on the front, increasing the trunk almost to 1000 liters of cargo.

Sunday morning, you should stay in bed late, but those keys wake you early. Go to the garage, active sports exhaust, the suspension stiffens and open the door: it’s your time. And if I tell you that all this could be done with a single car? 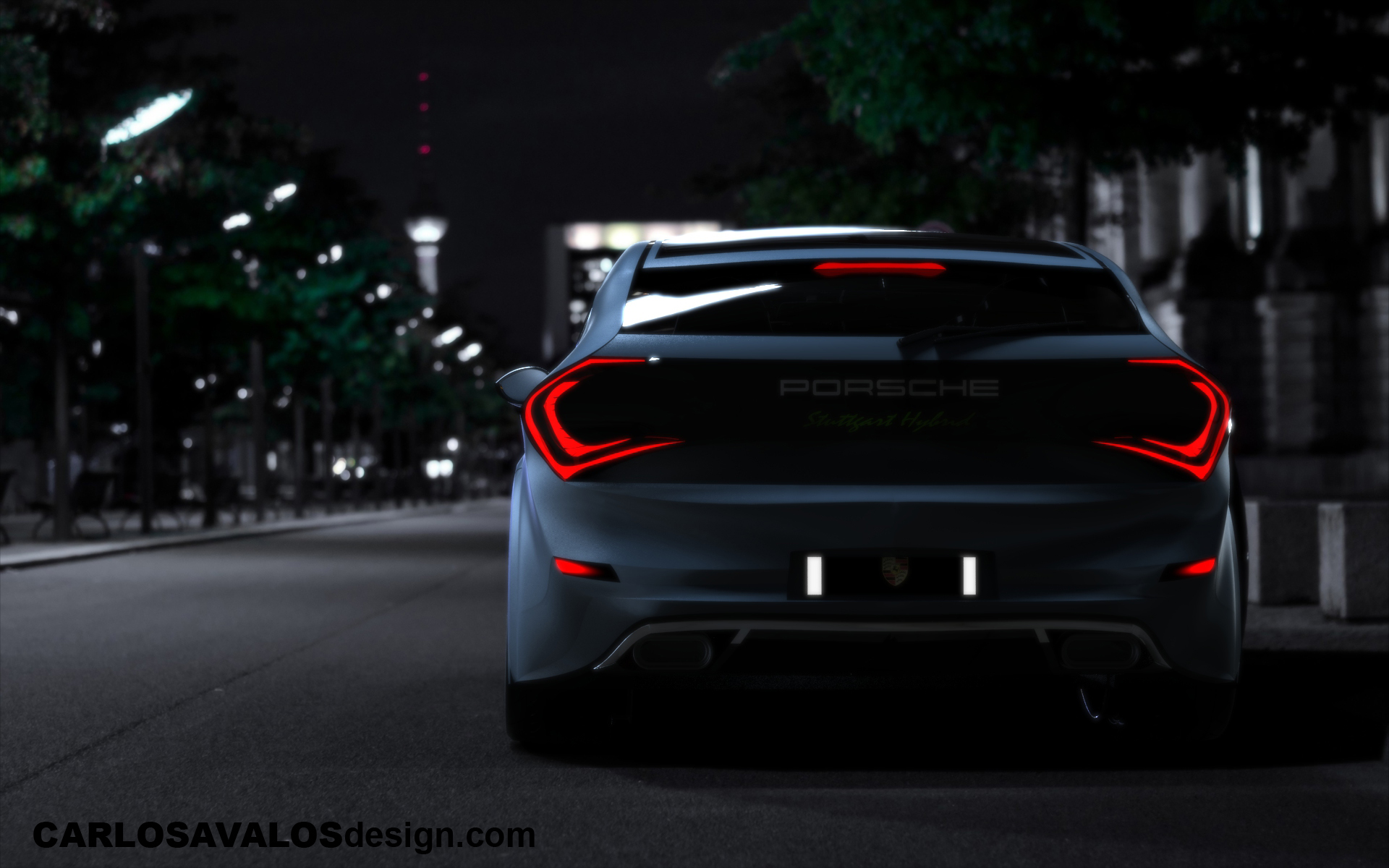 Well, here we are again, this time the project (as I have advanced) is much more rational. Although almost everybody prefer fast, sporty and with many vertices and «lights» cars, it is time to give a little more value to the portfolio and for that you need to make more realistic and functional designs.

When I was asked to do an urban compact Porsche, and after pondering a bit and observe the current market, I knew it was not such a bad idea. The German brand has virtually everything from supercars like the 918 to circuit machines as the 911 GT3 RS through a more «usable» range cars like the Panamera, Cayenne or Macan. And it’s thanks to those last that generate big proceeds we can enjoy the first ones. So … Why don’t make a vehicle that is comfortable within the city? Nevertheless, what fool? A tank of more than five meters or a track day car doesn’t dream with search parking on the city center.

Once we have a clear concept, we have to think if it would be «worthy» of a brand with such a long reputation. Obviously, the end result is crumbly and nothing is up to the company Ferdinand founded nearly a century ago, but well, after all I’m just trying to learn and do what I can with my resources, time and experience. So the idea was to make a compact that invite us to drive out on weekends, powerful, fun, able to communicate with the driver, to make us turn the head when we leave it parked anywhere … But Is not there vehicles with this kind of philosophy today? In fact it’s nothing new, remember mythical models like the Golf Vr6, going through some more actuals ones like the Mercedes A 45 AMG, Audi RS3 Sportback or the BMW 135i. So, in addition to what we have already spoken … Should it have some added value? 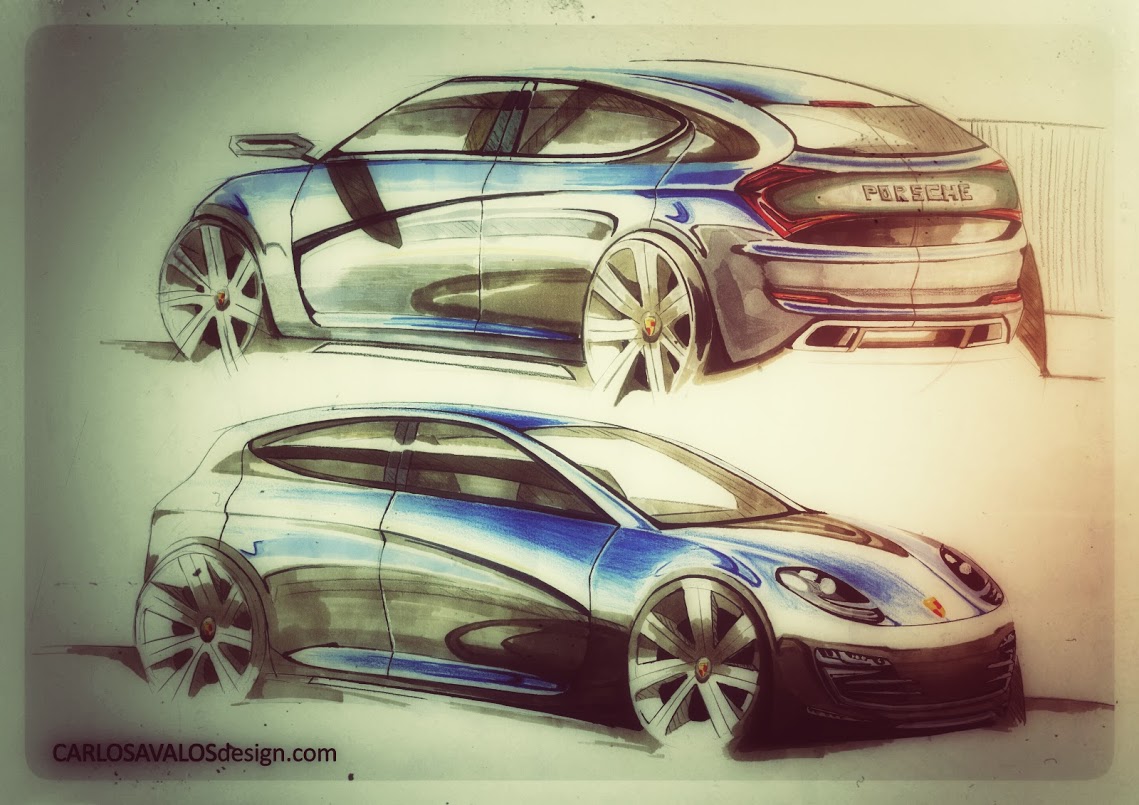 As always we start working with the pen once we see the lines of the brand, its competitors on the market, how to solve the problems of space, proportions … And what about this part? It has been really crazy, considering that coincided with exam season and nothing good arrived on folio… But in the end, the lines began to give ways that convince me and encouraged to go ahead with this project. As I say, I prefer not to tell you this part because I don’t want to bore you and this text would become eternal.

Nevertheless, after about two months between design and modeling, they left some ways not entirely convinced: 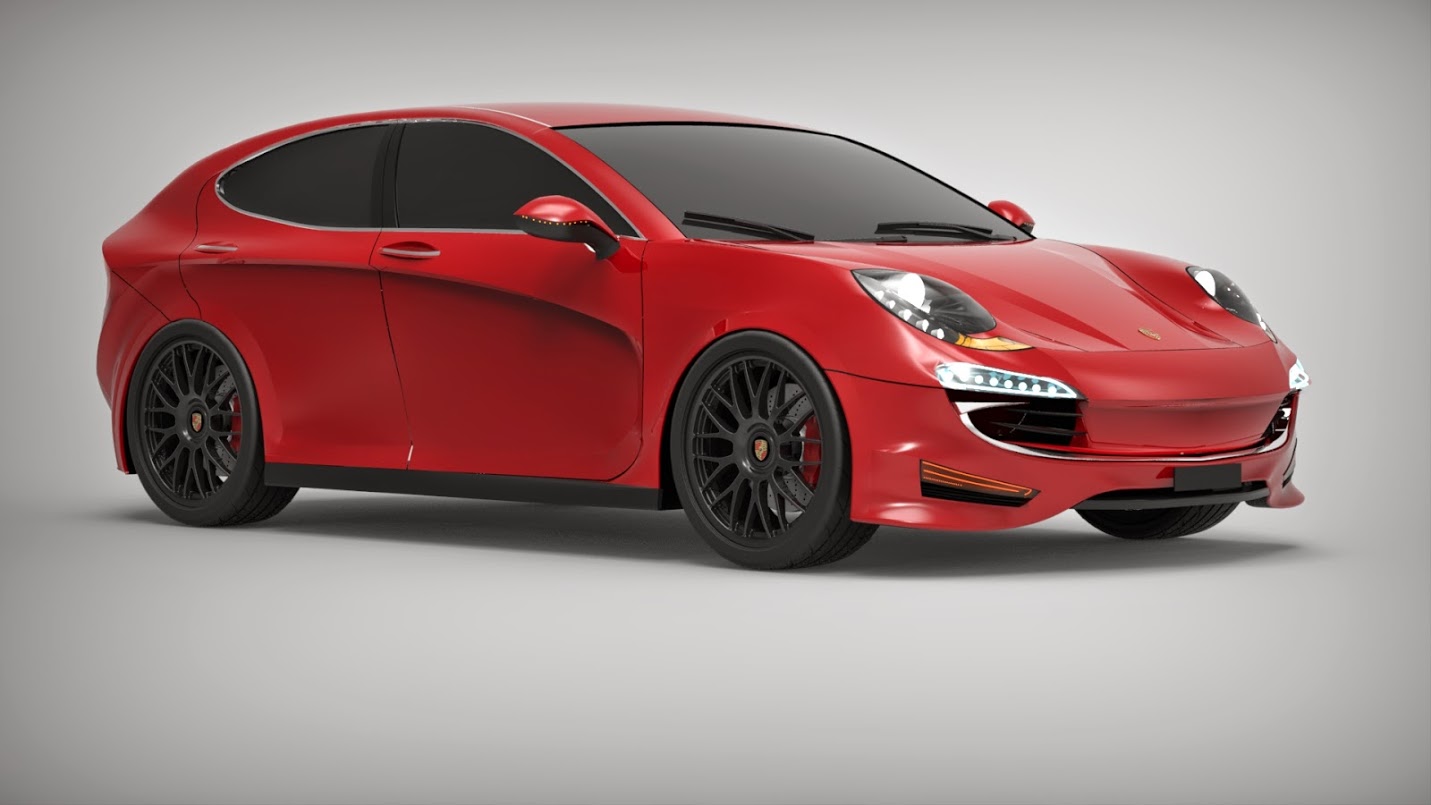 There were many people who told me they didn’t like the front so I underwent a thorough facelift and made it a little more Porsche (I don’t like the fact that it is so similar to other models of the brand, but hey, I take comfort know that not noted for having very groundbreaking designs). 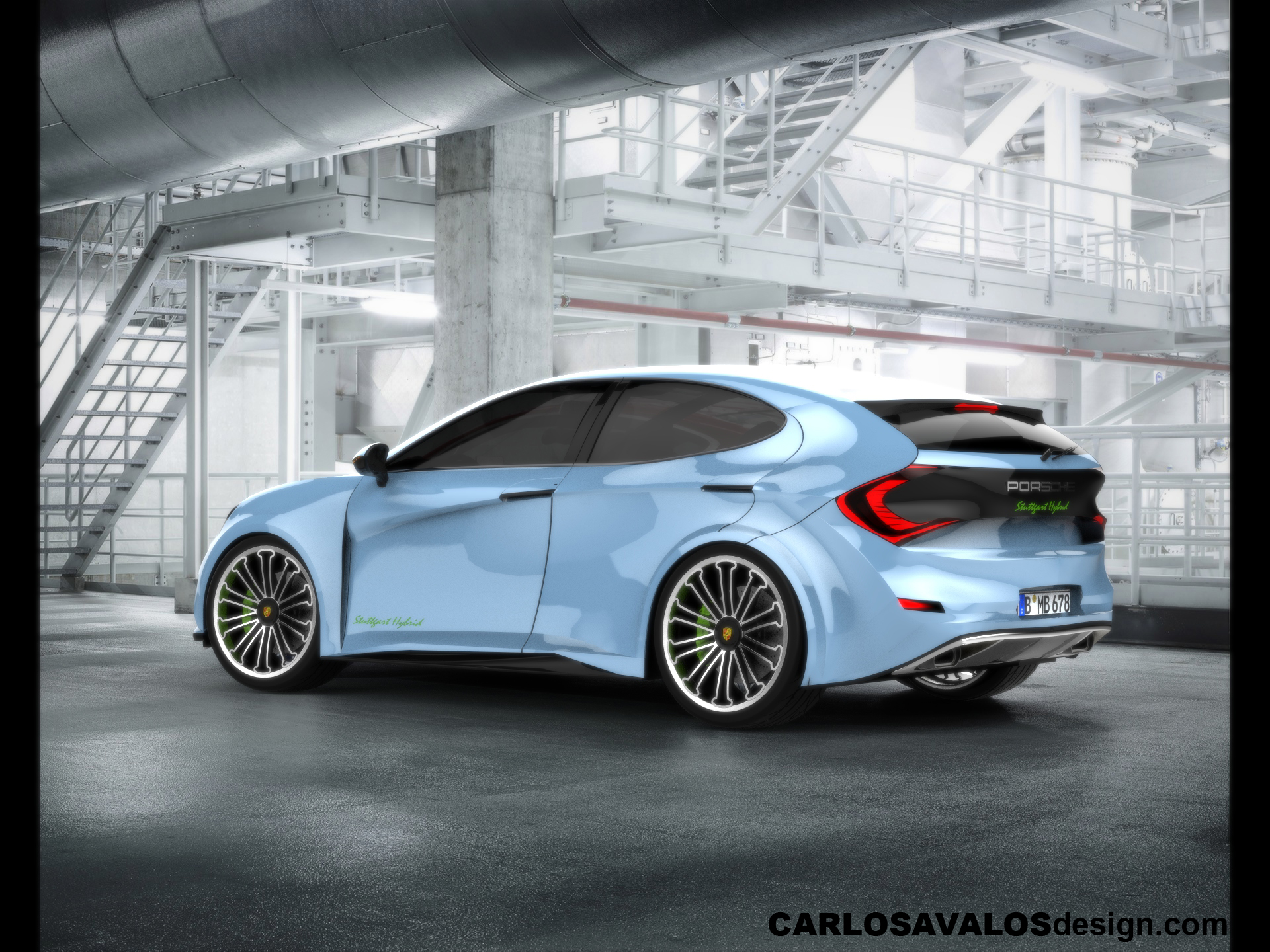 As a result we have a car of 4.35 meters (10 centimeters longer than the Golf VII and slightly shorter than the other «rival»). Part of opinions (if your forms are reminiscent of Porsche, if provided, if it is pleasing to the eye) I leave it to you, as usual, every opinion is welcome and help me a lot to keep improving. 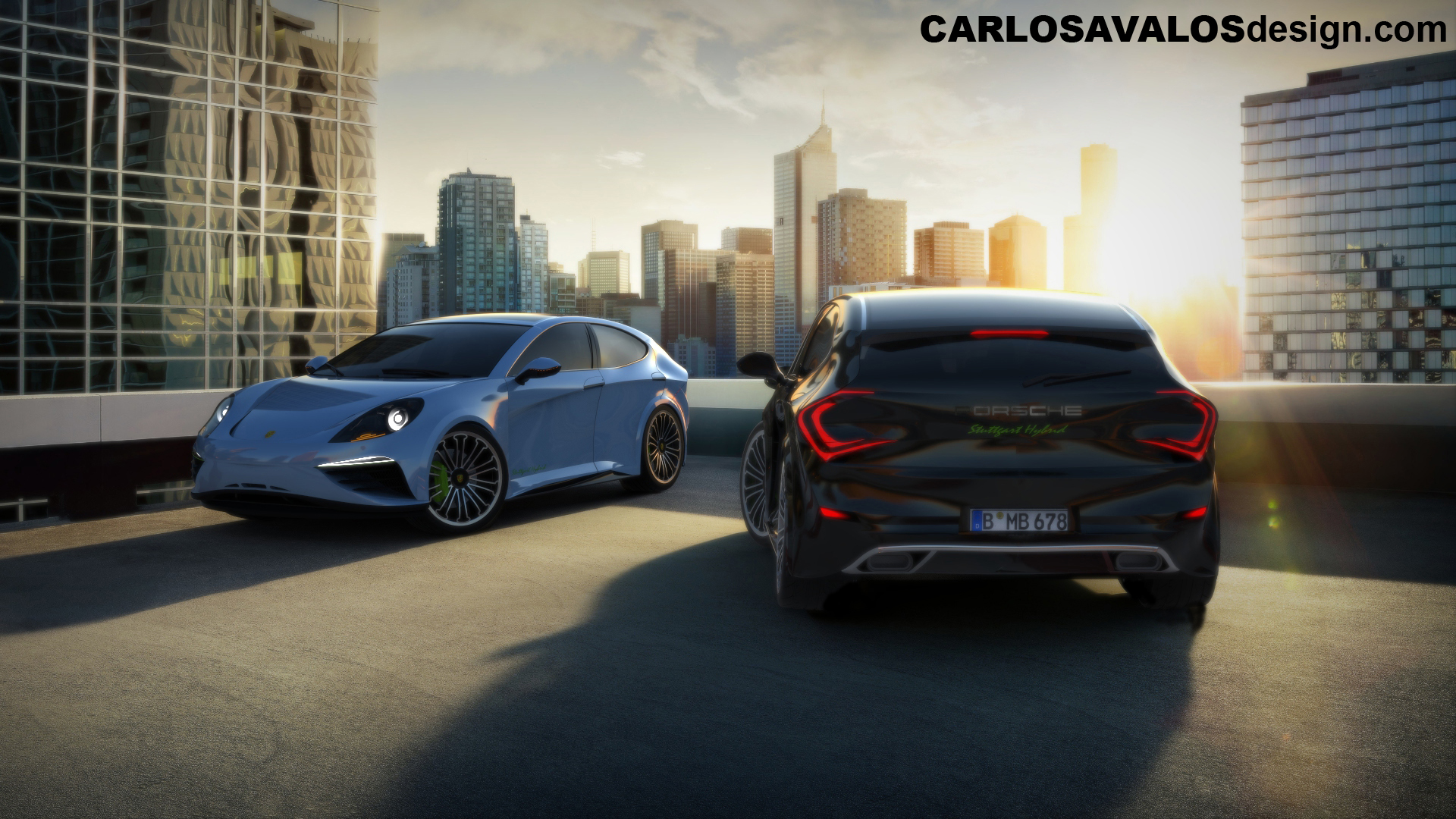 I will begin explaining the part I like least of all projects. After giving many turns to current designs and seeing how overloaded gadgets and buttons are, I thought on going back to the origins, to make a car that invite you to watch the road and not to turn down your view with buttons and screens on the dashboard. So I was inspired by the interiors of the first 911 (930, 964, 993 …) trying to adapt this philosophy to current technology. So in the dashboard it’s highlighted the screen behind the wheel, fully digital and which all parameters necessary for driving and comfort without looking away from the front (thus avoiding the fording effect turning the head) would be included. In addition, a 10-inch screen leaves the center, for be used by other passengers. 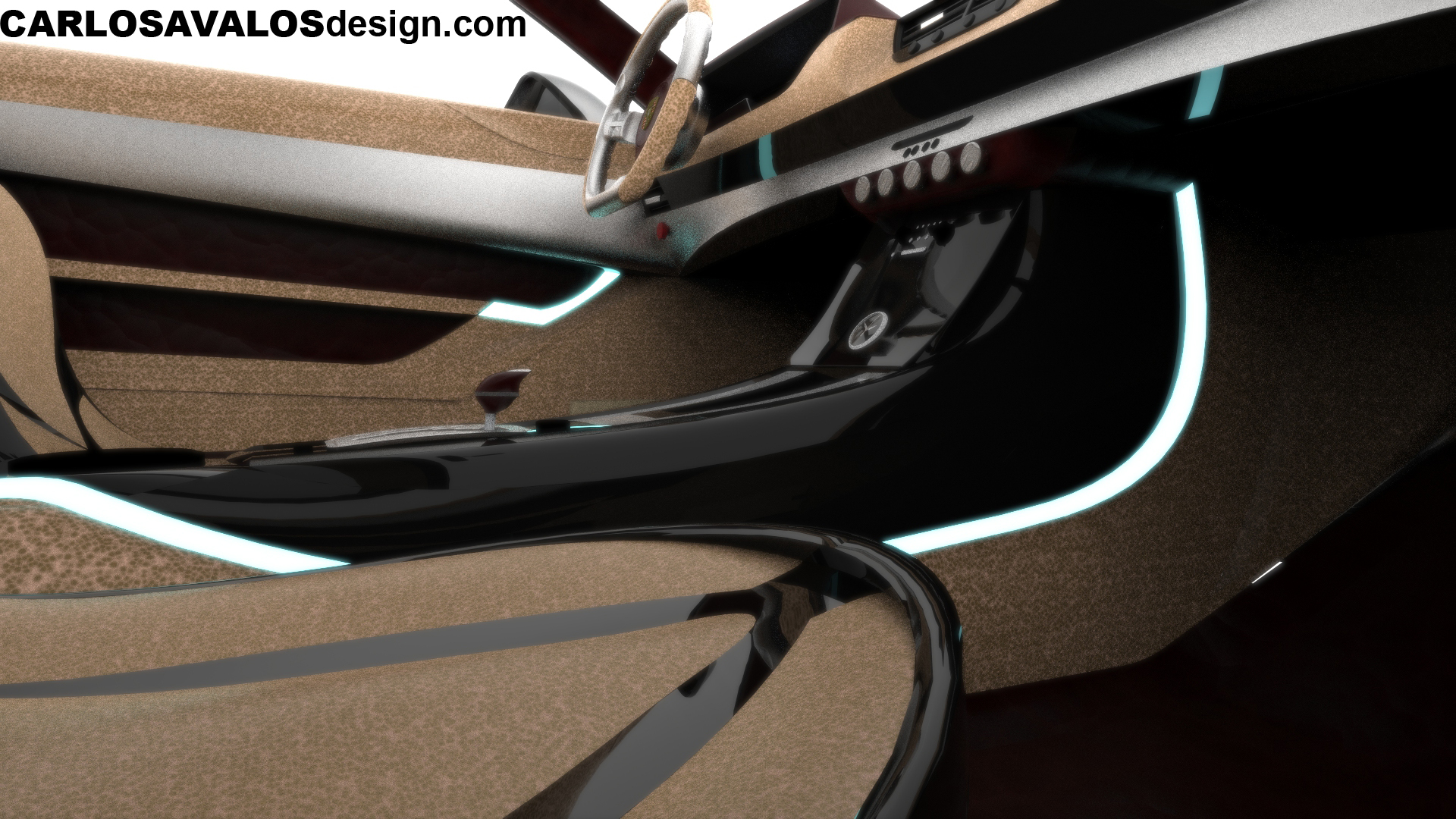 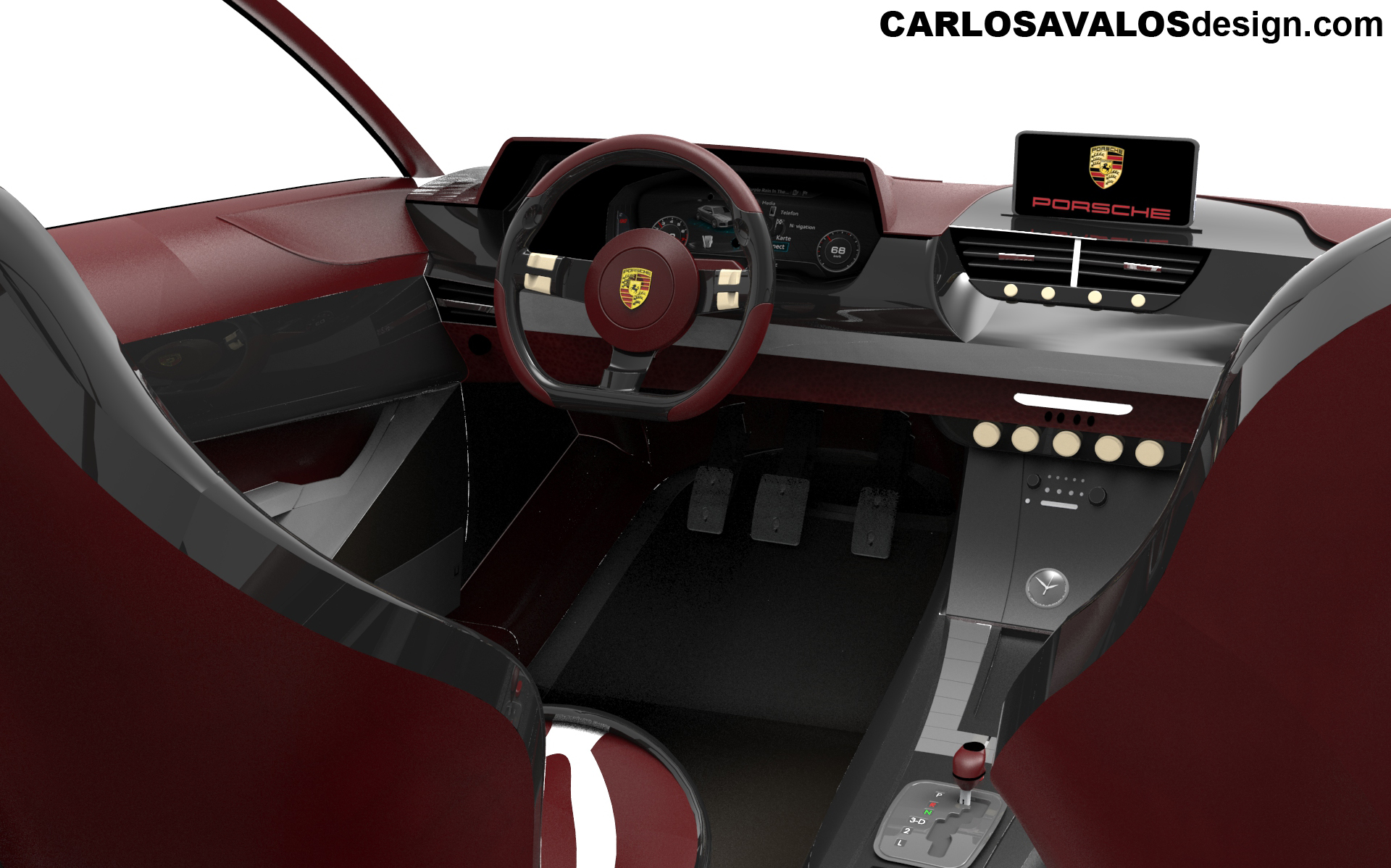 For the rest of the interior, in the center console are included the other buttons necessary to control air conditioning, driving aids… Besides those there is the PDK Lever and typical coasters and connections, included Mobile Telephone. In addition, the seats are modular, this implies that are attached to the rest of the vehicle by a central rail which allows to move from front to back (and on opposite direction). They can be stacked, this means that those behind can stay under the front, leaving more than two meters from the trunk to load large objects. In addition, the soft parts are supported by a metal frame that gives them some mobility, so the seat is adapted to the dimensions and weight of the passenger without electrical/mechanical elements. 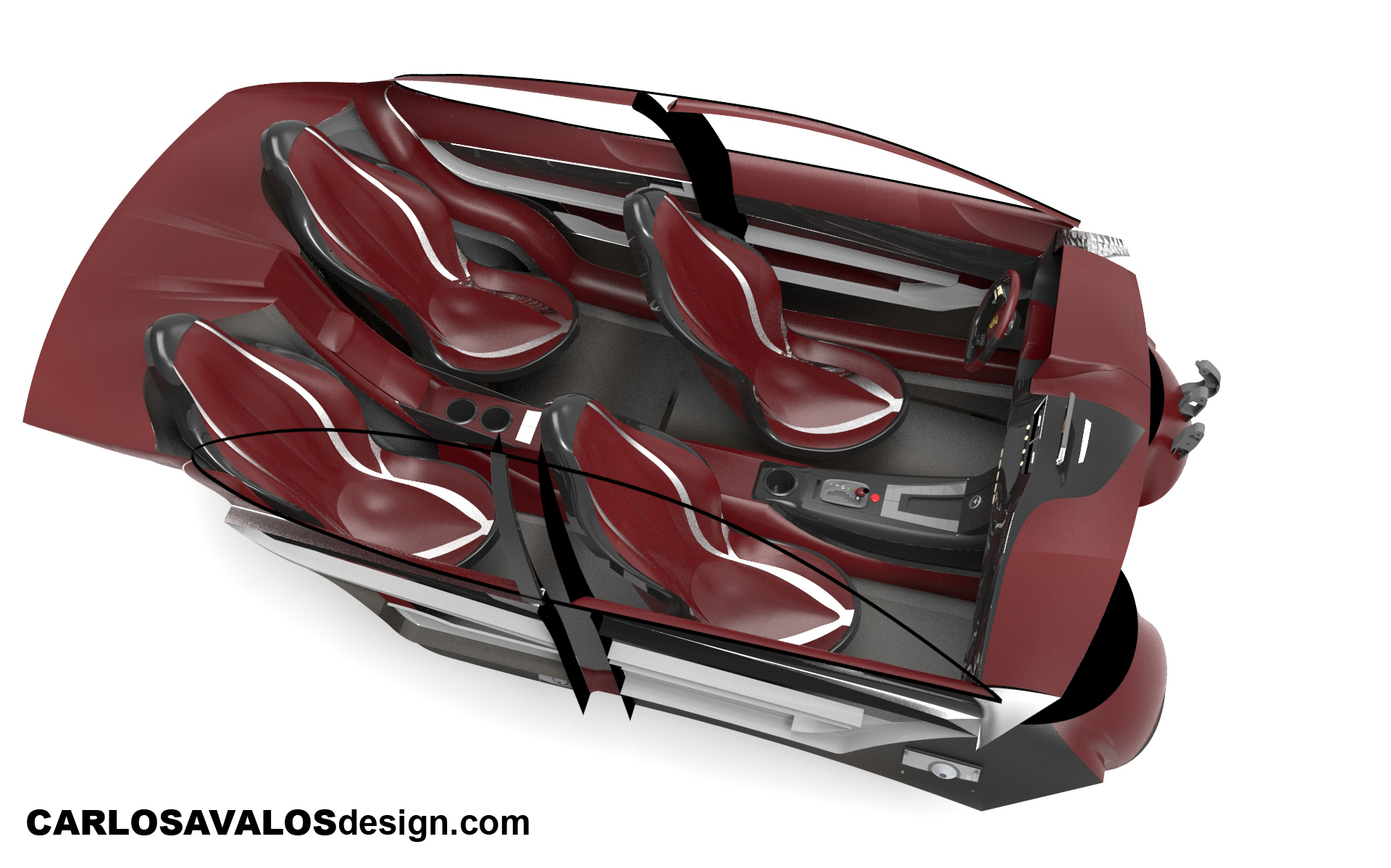 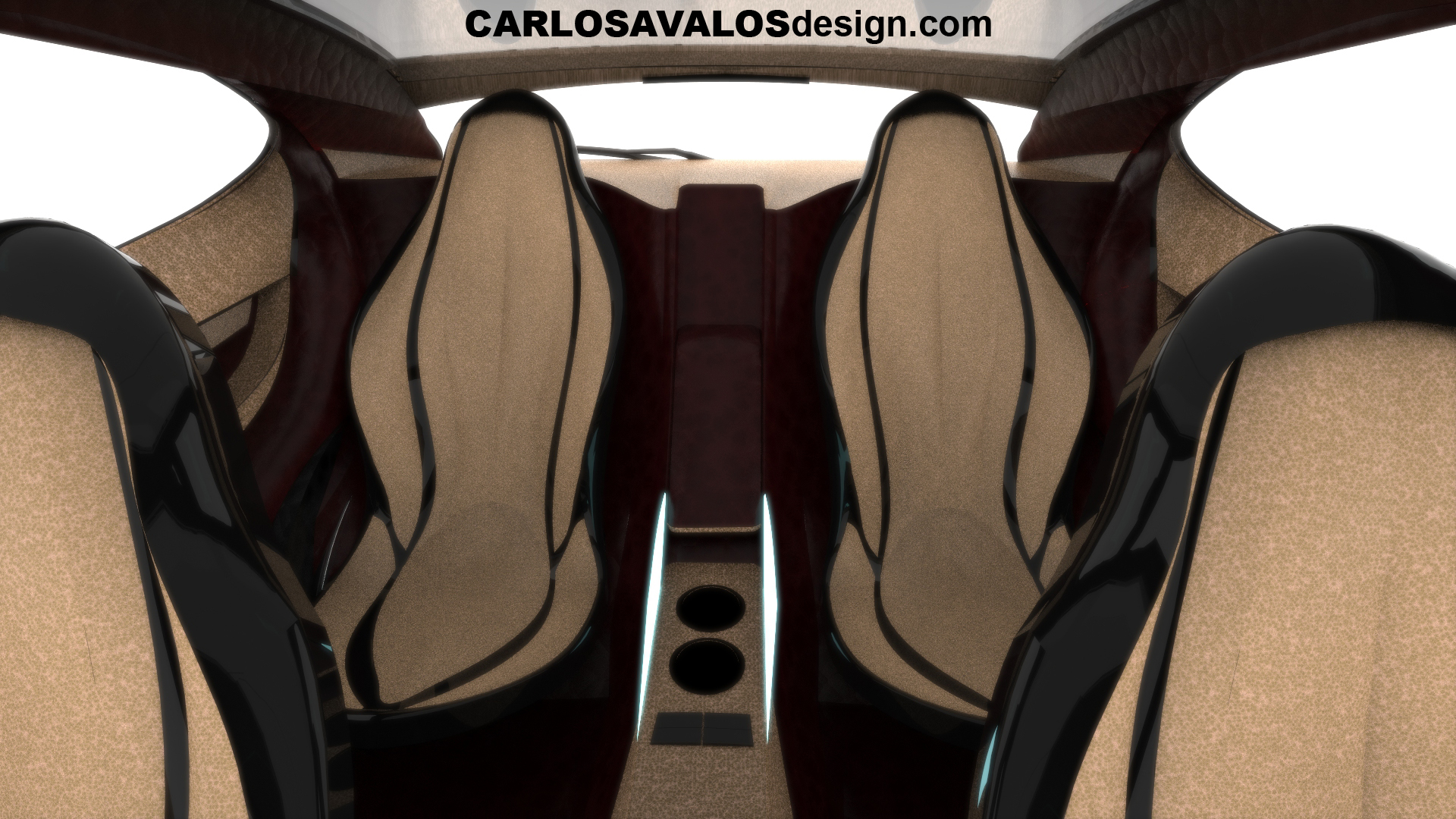 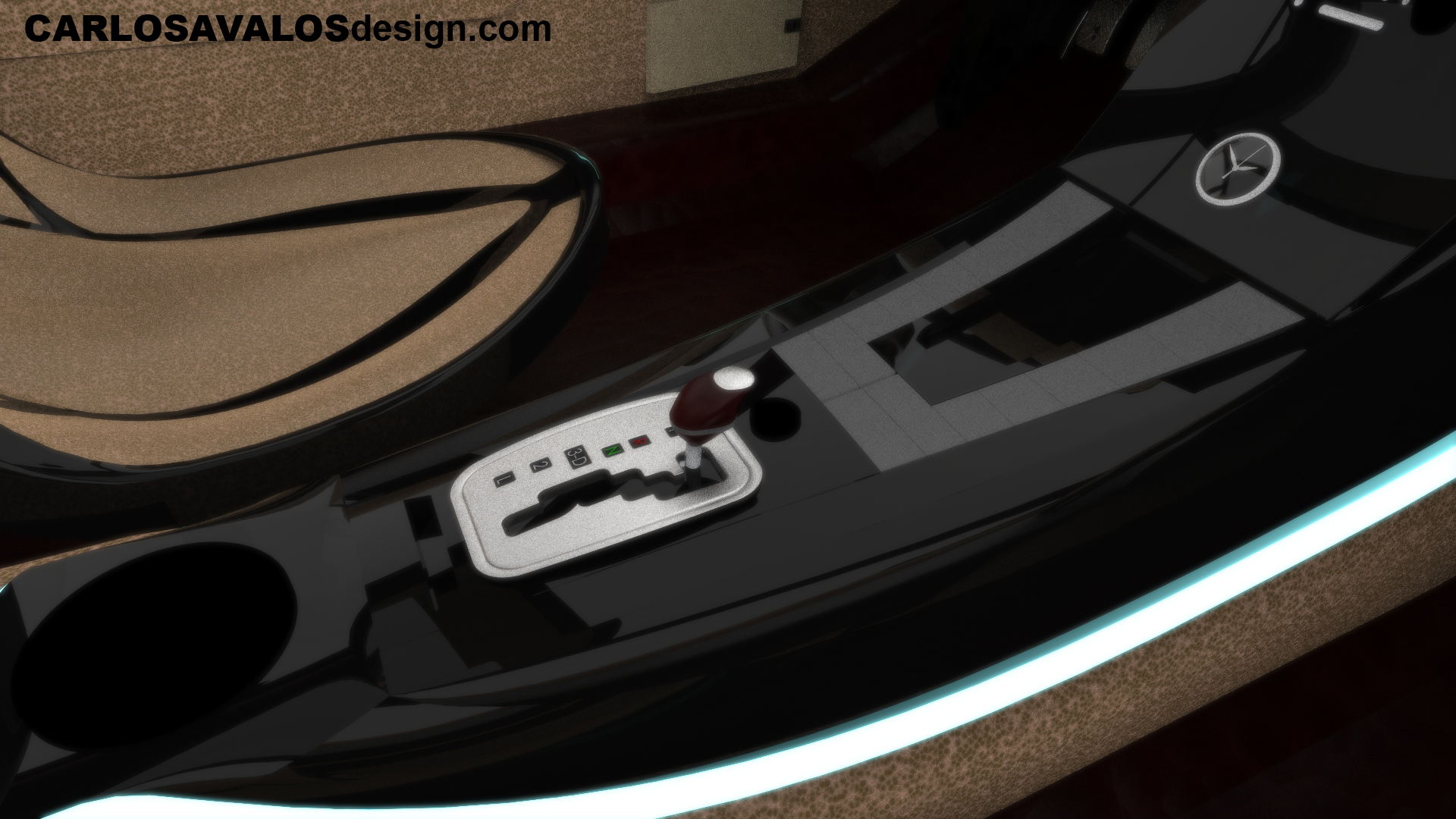 Porsche use to add a «surname» to each different version, so, I thought it would be a good idea that I do the same. At the end we I designed three variants: 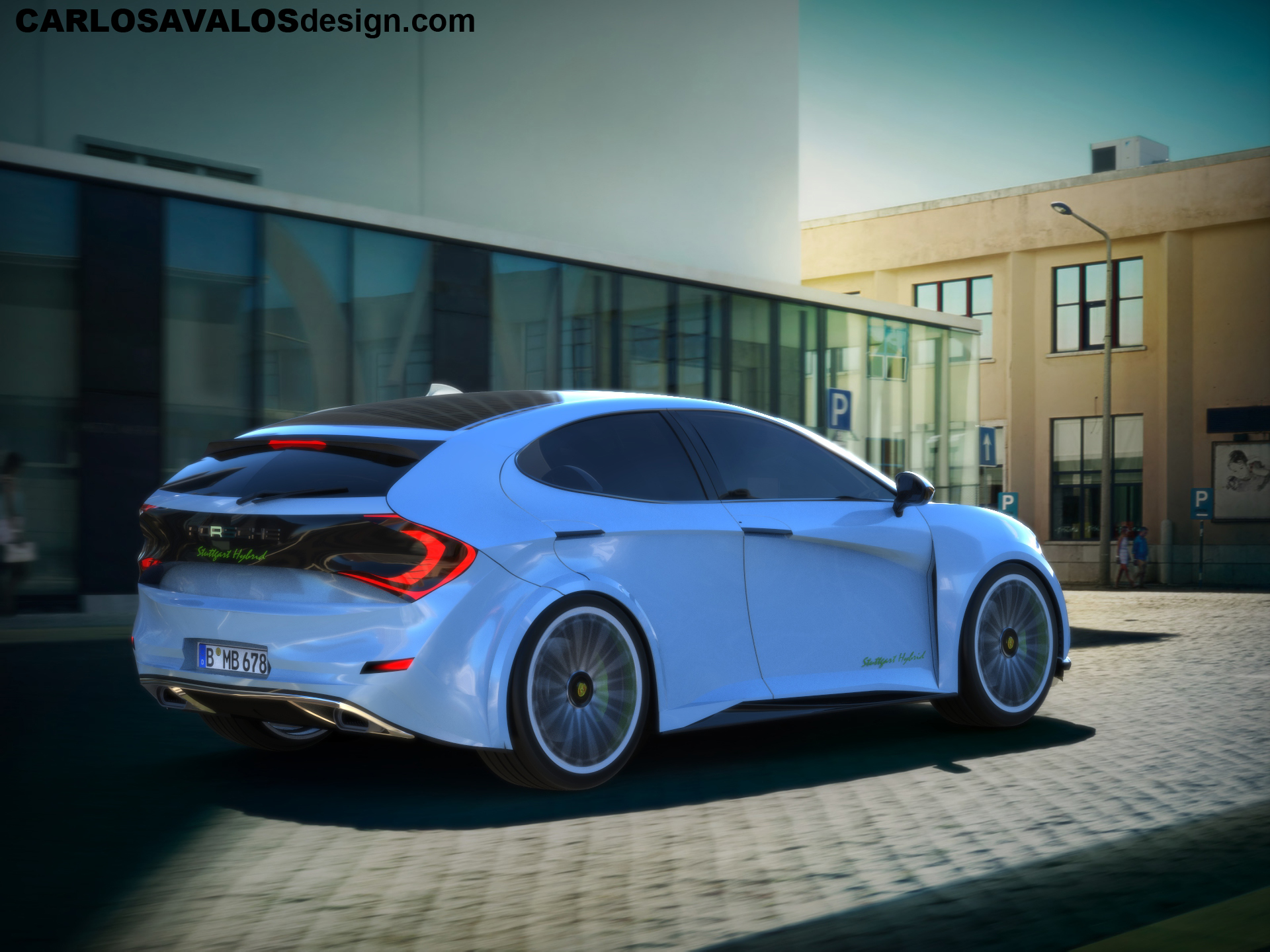 The most respectful variant; as its name suggests would have a hybrid engine consists of a gasoline engine and an electric motor. With respect to other versions the wheels varies, they are inspired by the 918 but adapted to dimensions and characteristics of this model (it took some design issues that would make the brakes do not seem ridiculously small and to give sufficient height to tire). Furthermore, the brakes are painted in Acid green as other hybrid models. I chose a light blue (almost gray) metallic for this release, as usual, if anyone is curious to see how it would look in another color, simply ask and when I can he will have few pictures with his proposal. 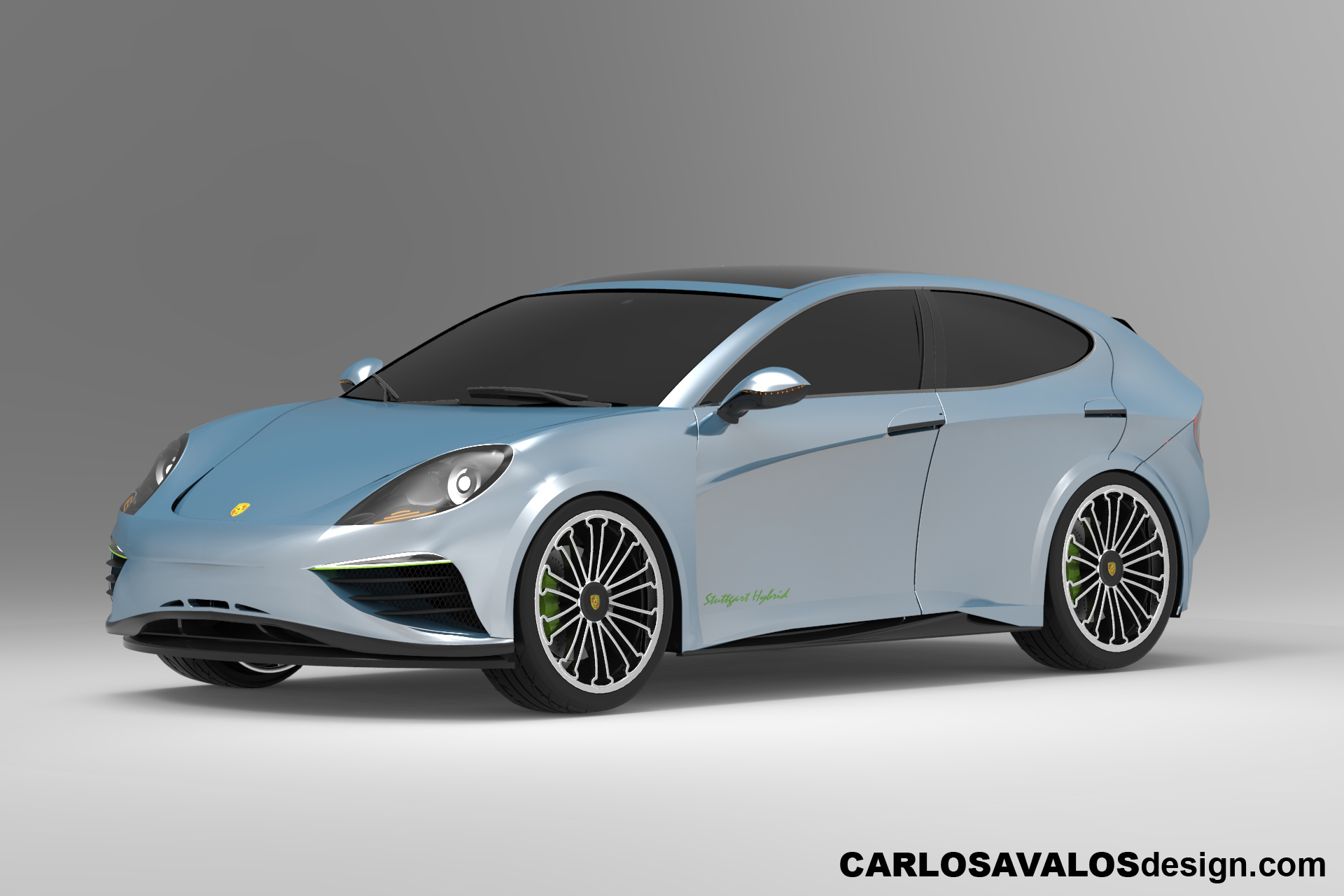 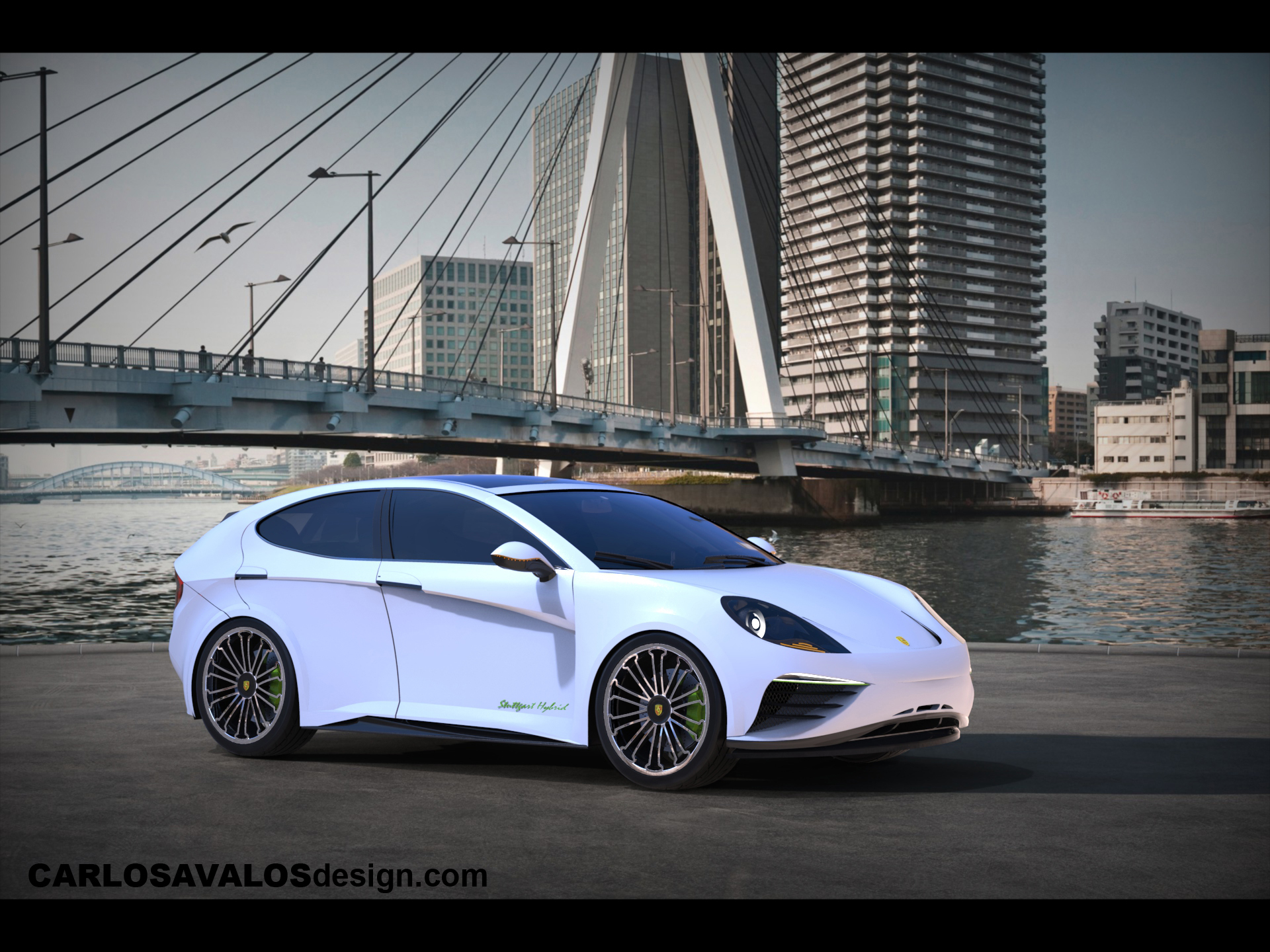 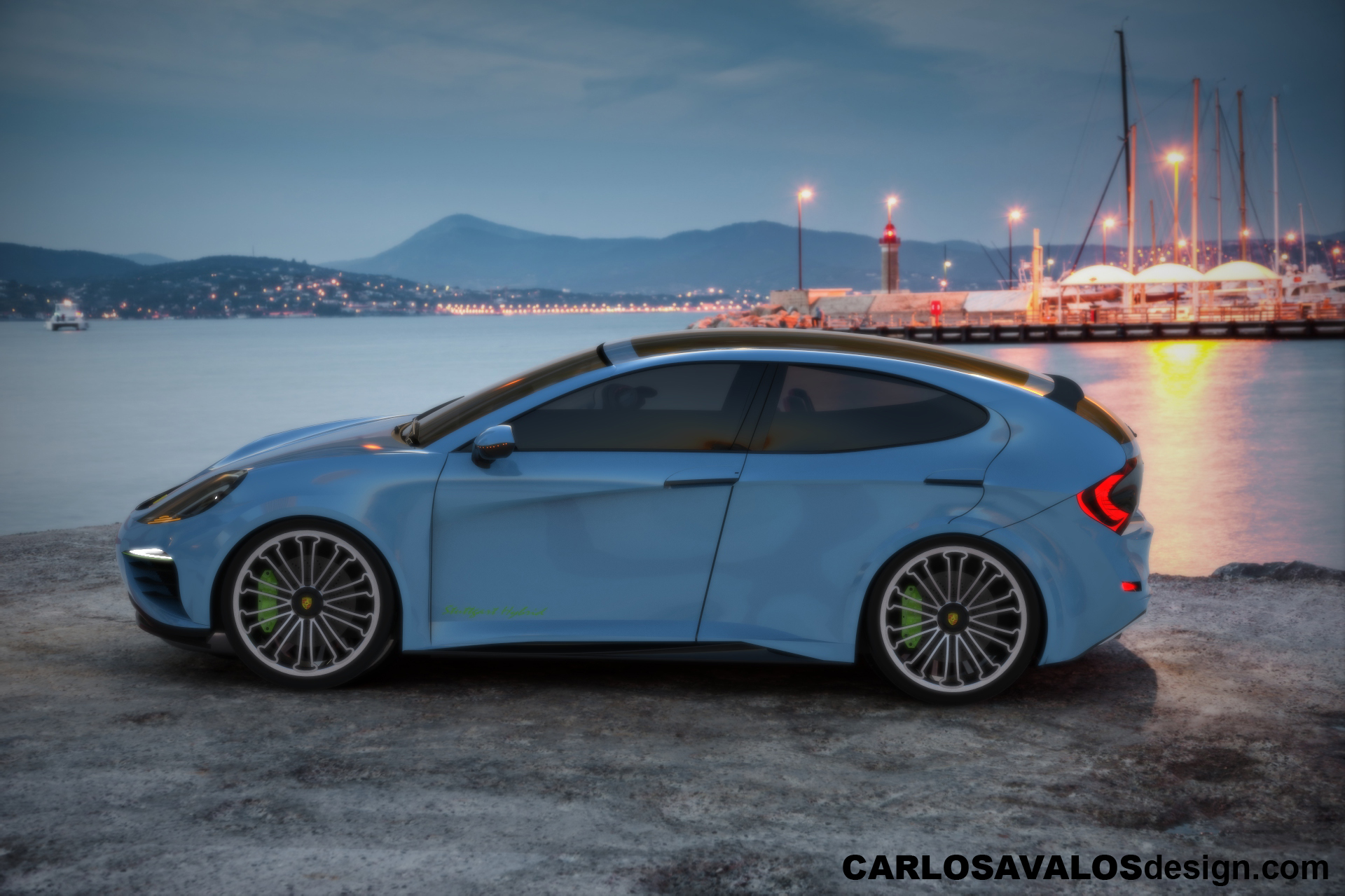 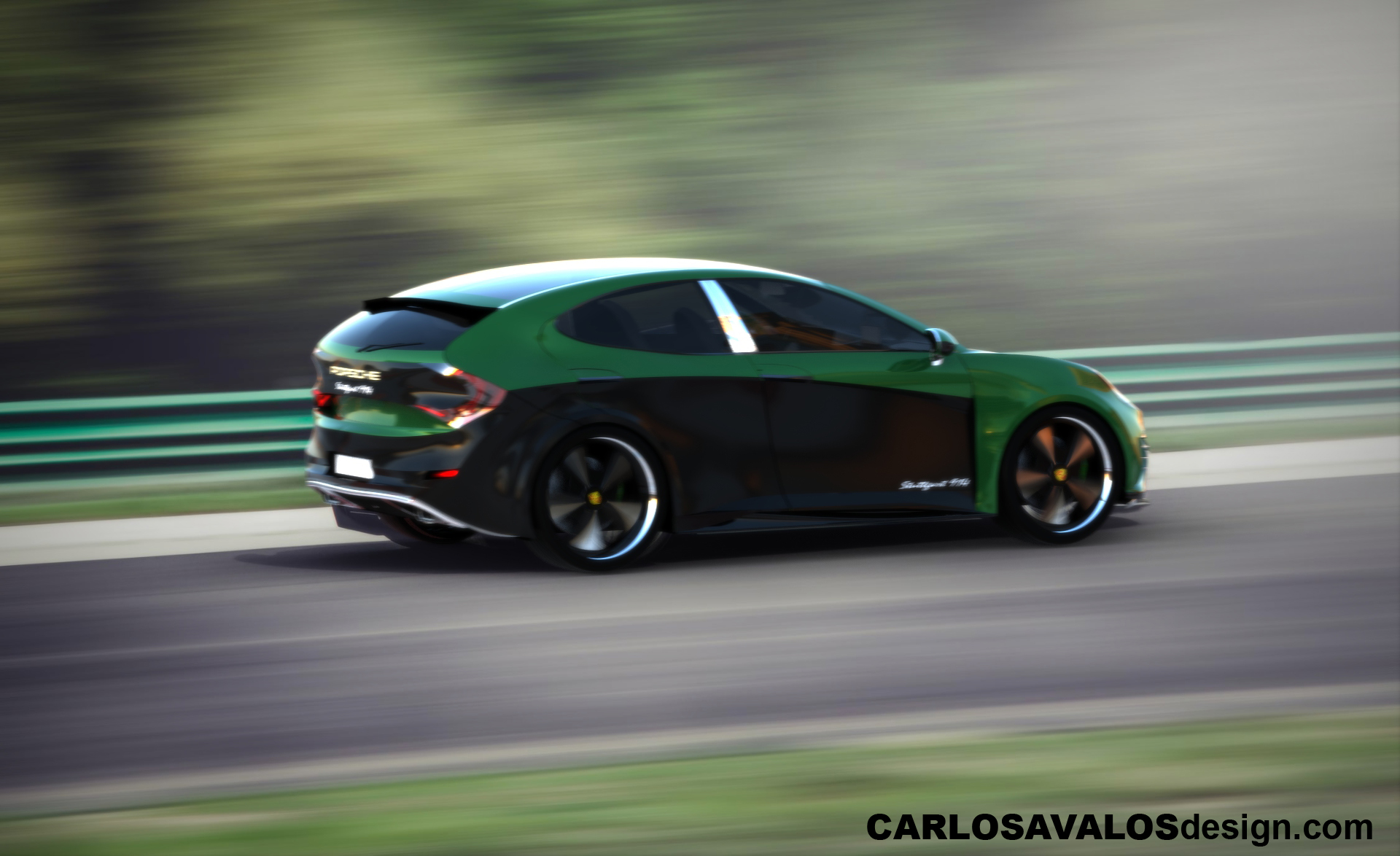 The balanced version. The idea would be to have a 6-cylinder 200 horsepower and will be around to let us enjoy curves weekends. Even as the Porsche 914 is about to turn 50s and I wanted to do some retro/tribute version, I decided that this was the one. I designed a Fuchs type tires with less throat with the idea that the brakes enter well in space of the wheel. For the body I chose a two-tone combination (as usual, you can ask any combination, because the colors are not usually my thing, I do not have very good taste choosing colours), in this case a British green to remind some mythical 50’s and 60’s mythical competition models for the upper body and black metallic tone for the lower areas, aiming to score more car lines. 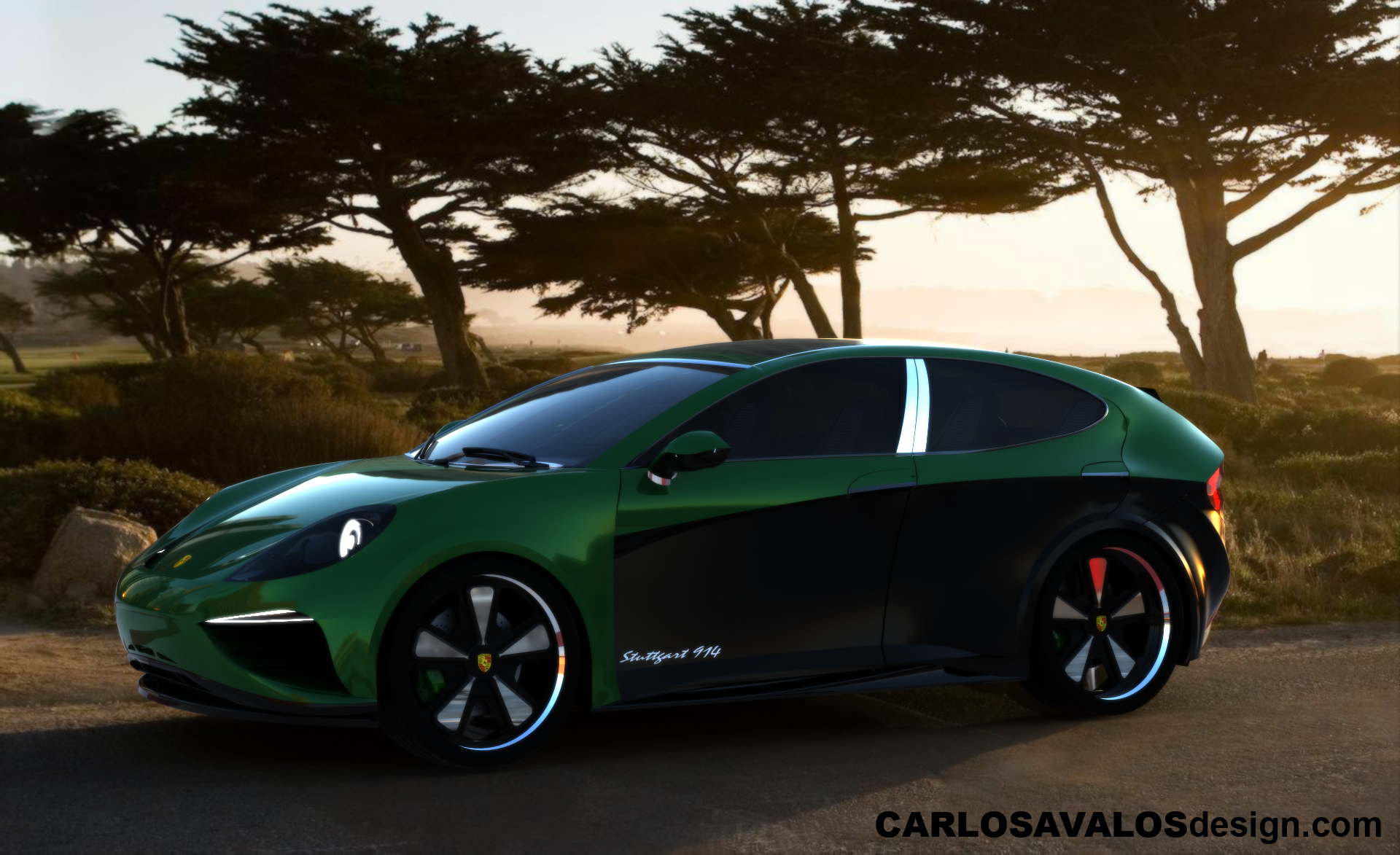 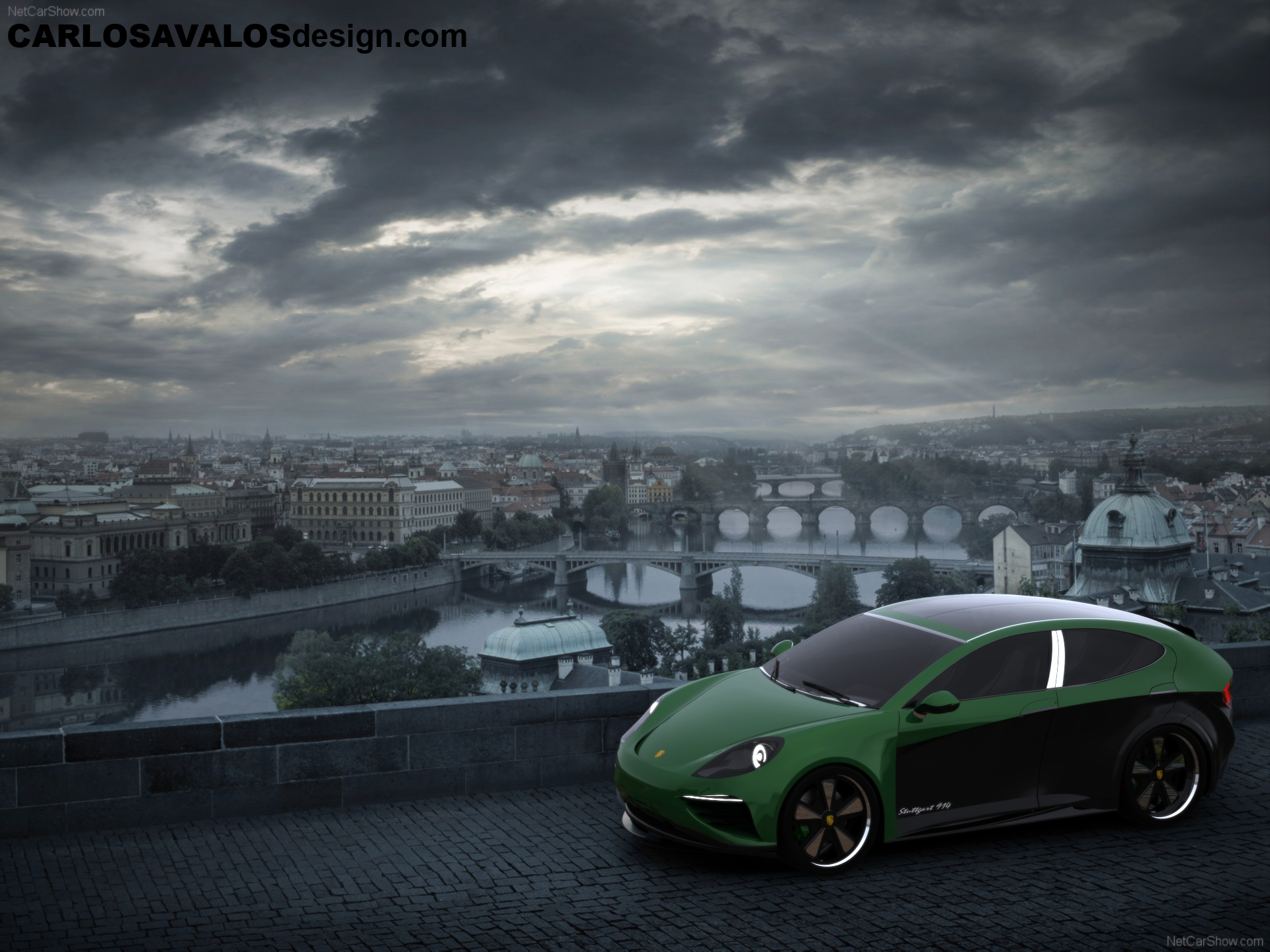 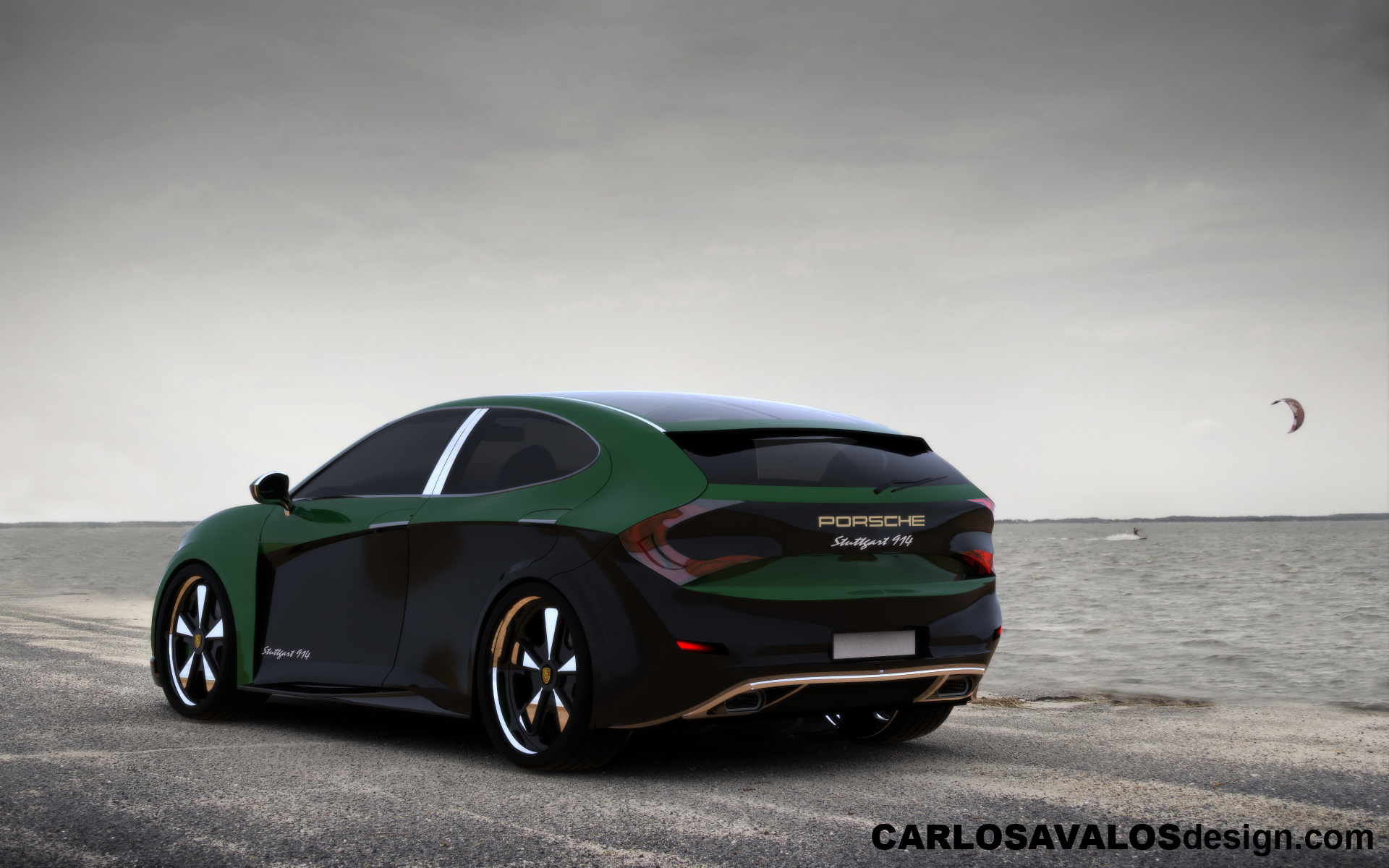 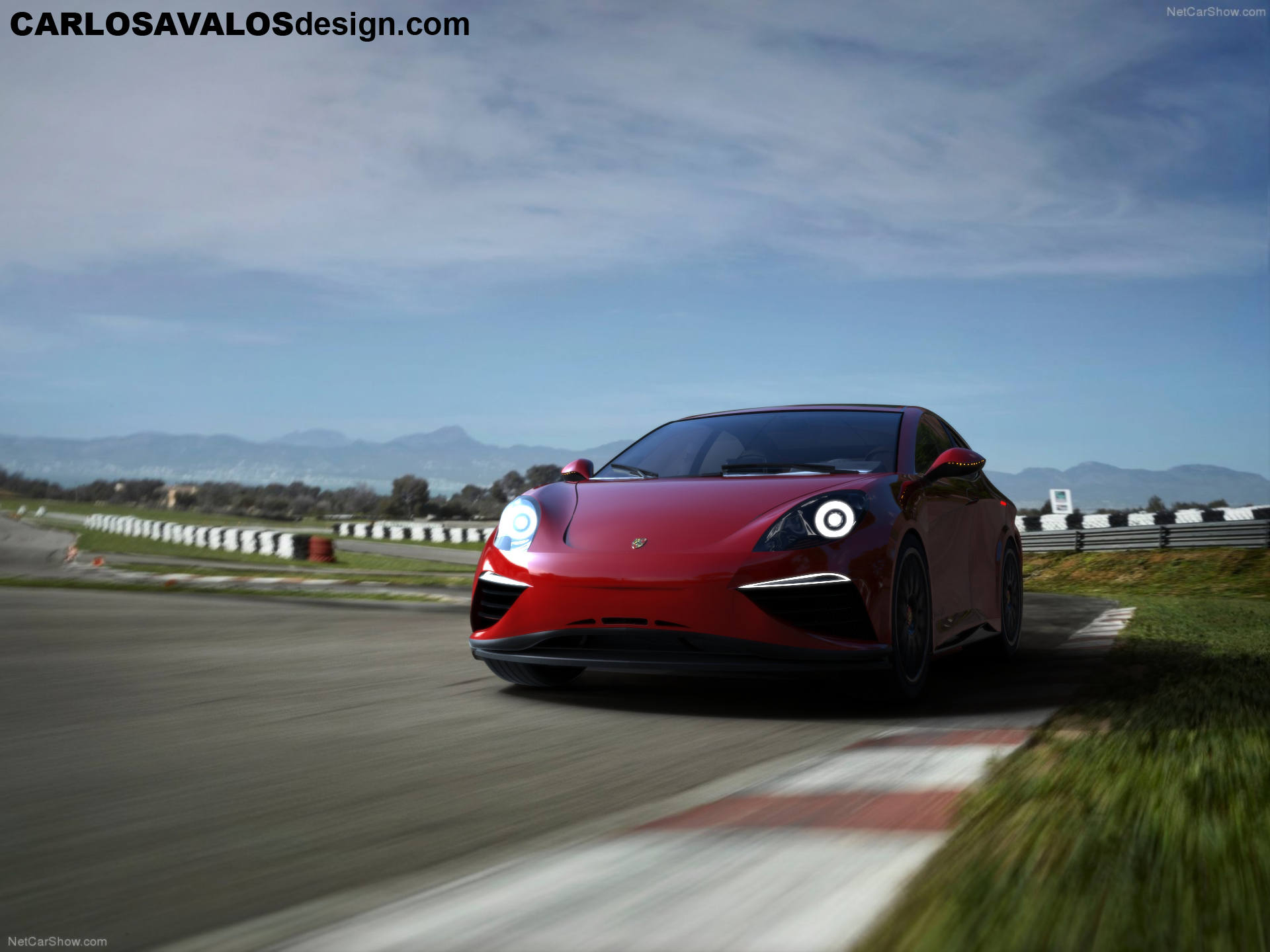 The most powerful version. I think it would be great for it a 6 cylinder Boxer… Atmospheric? 300 horsepower? One of those cars that can take the kids to school and with whom you can go driving fast on Sunday. Not much to say, wheels type BBS (quite difficult for modelling, believe me) and many parts of carbon. Lowered suspension, wide tires and sports exhaust. I chose the (almost maroon) dark red for this version, gives a sporty touch without being tacky. In my portfolio you can see a few pictures with other colors (the truth is that they look very well). 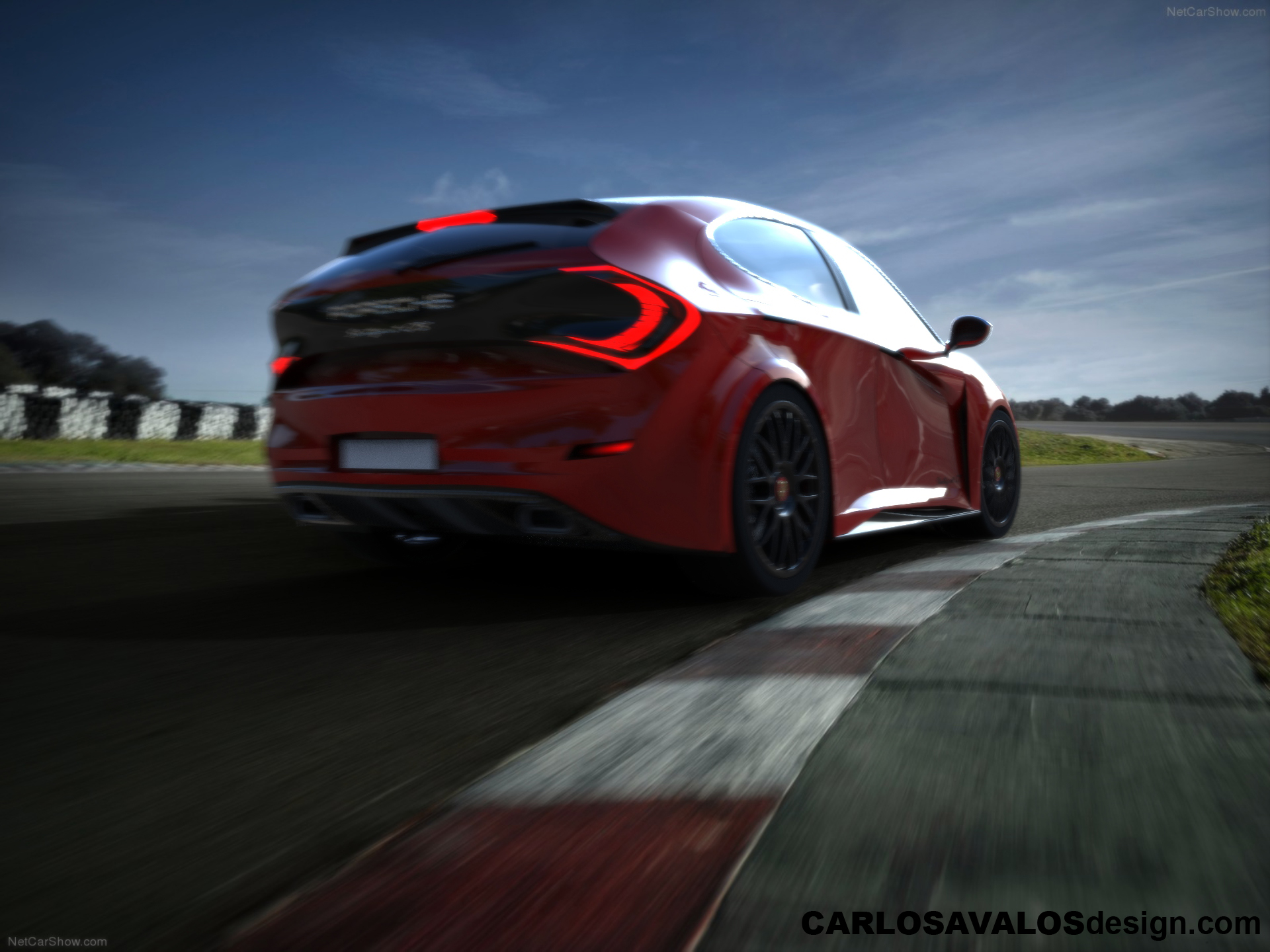 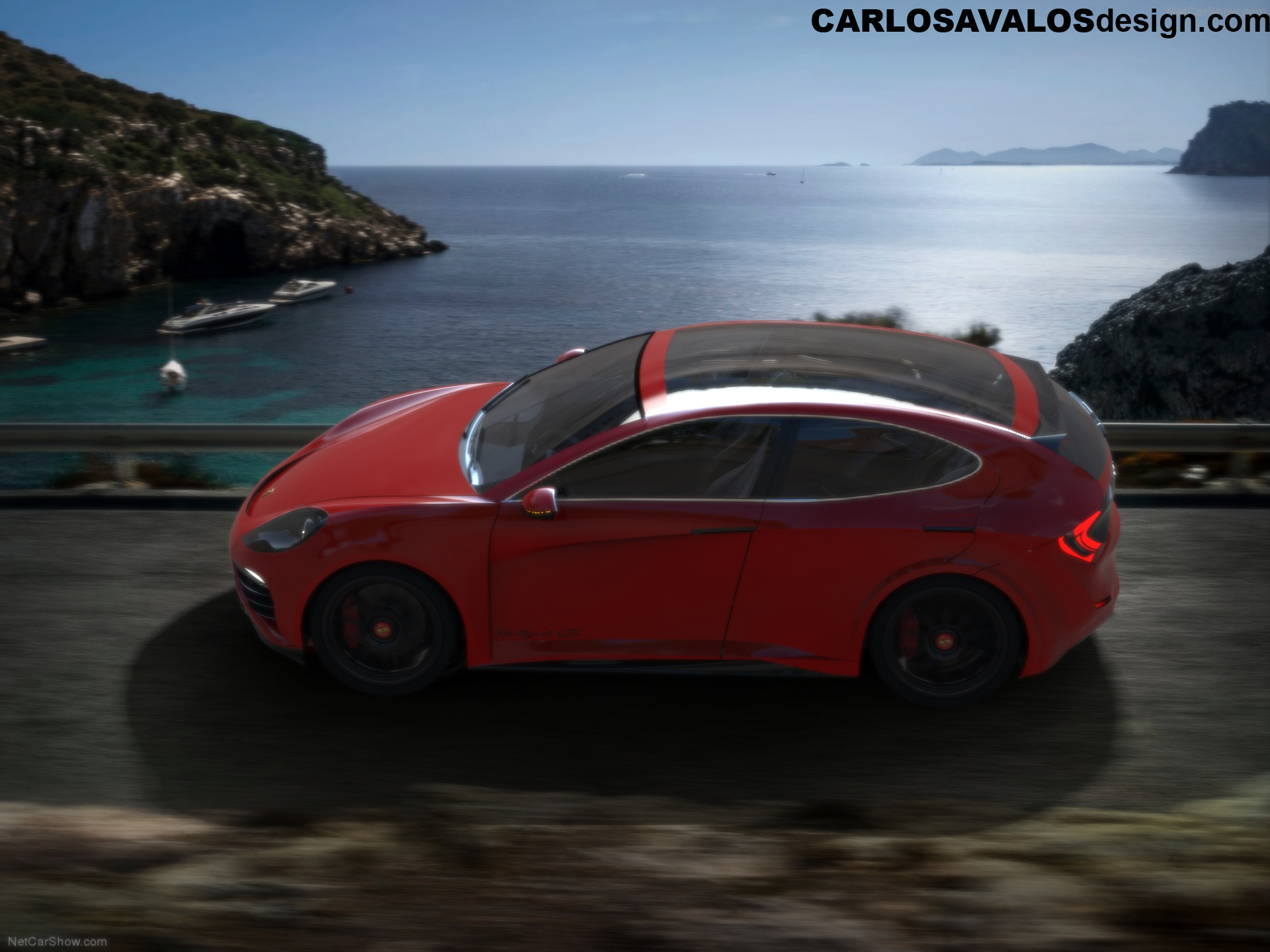 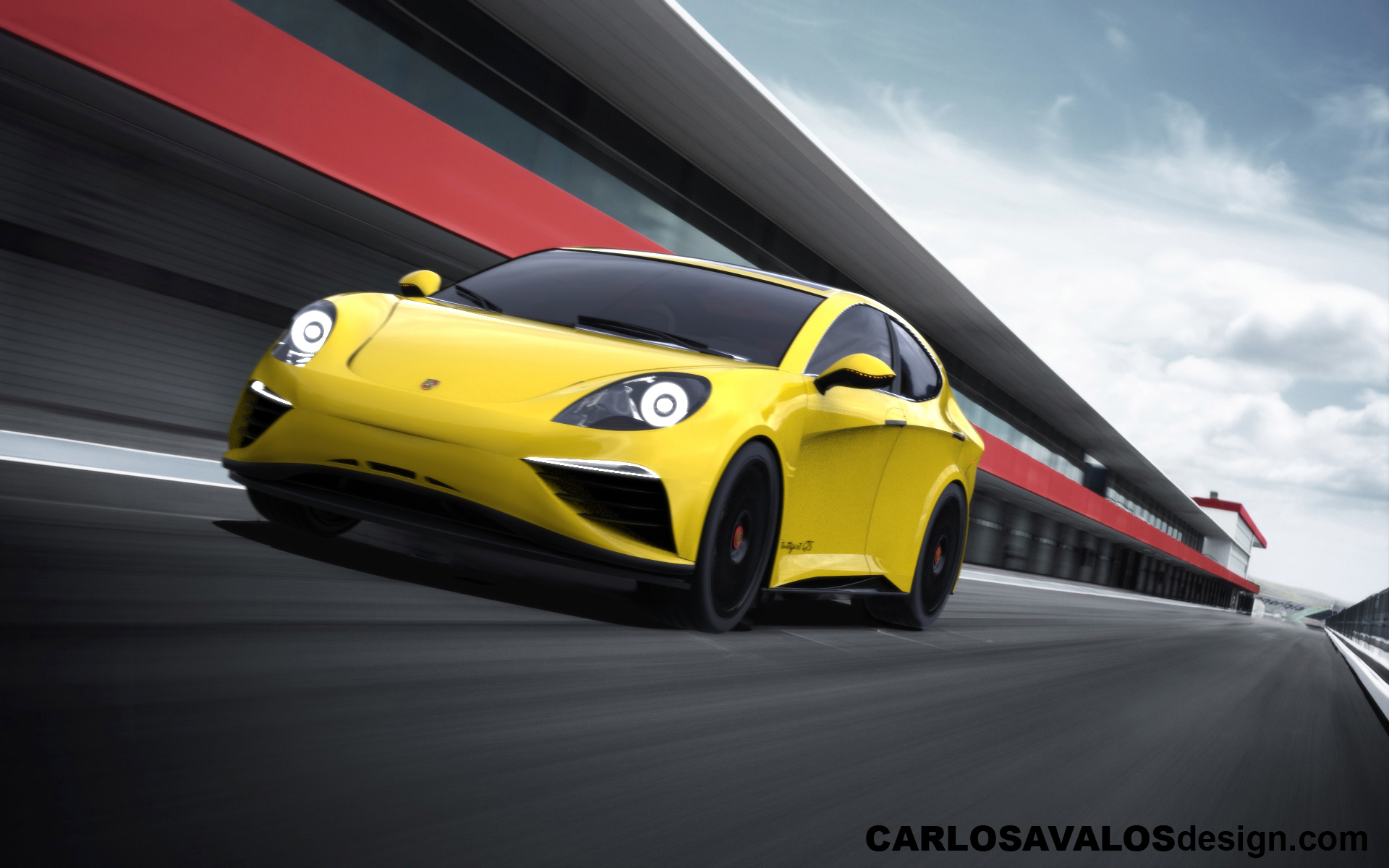 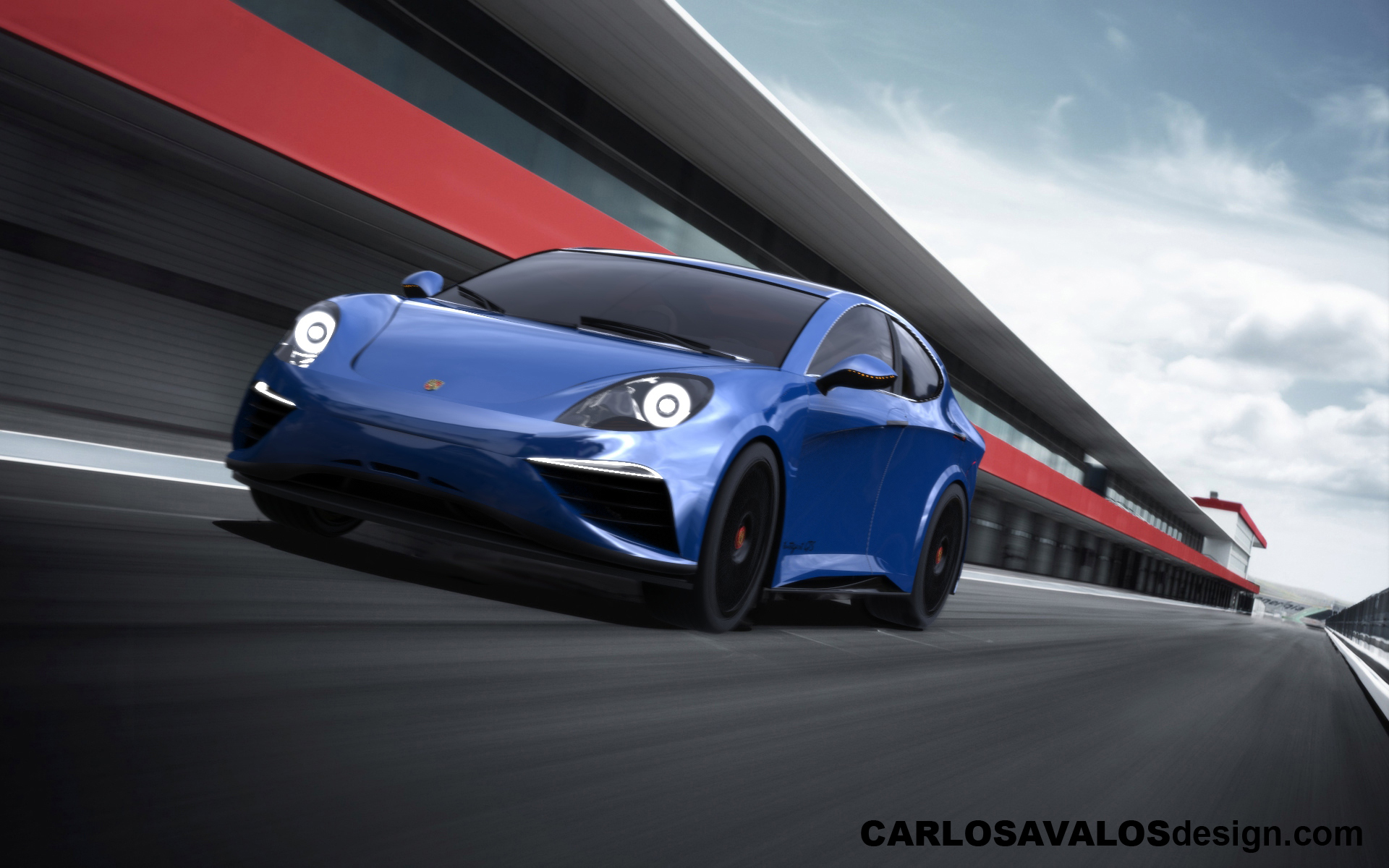 Finally , I leave a video where you can see a bit the design process and especially the moving car from many angles. Now I regret very much that I did it behind four minutes there was almost a month rendering with my potato computer that miracle is not dead … I hope you like it.

And nothing more from my side, thank you very much to all for reading and invest a while in my projects, I hope you have pleasant reading, and watching images and videos. I will stay here designing, learning and trying to please you with everything I do. I will continue until someone outcome and give me the opportunity, or until the end of me, whichever comes first.

Best regards and thank you one more time.

Aesthetically speaking, it’s not very innovative; it has nothing to especially attention attract.

The design is outdated, old, seems to have hit the market 10 years ago.

The interior is very rough, the idea is interesting but terrible execution.

«I looked around and I have not found the car of my dreams… that’s why I decided to build it by myself.» 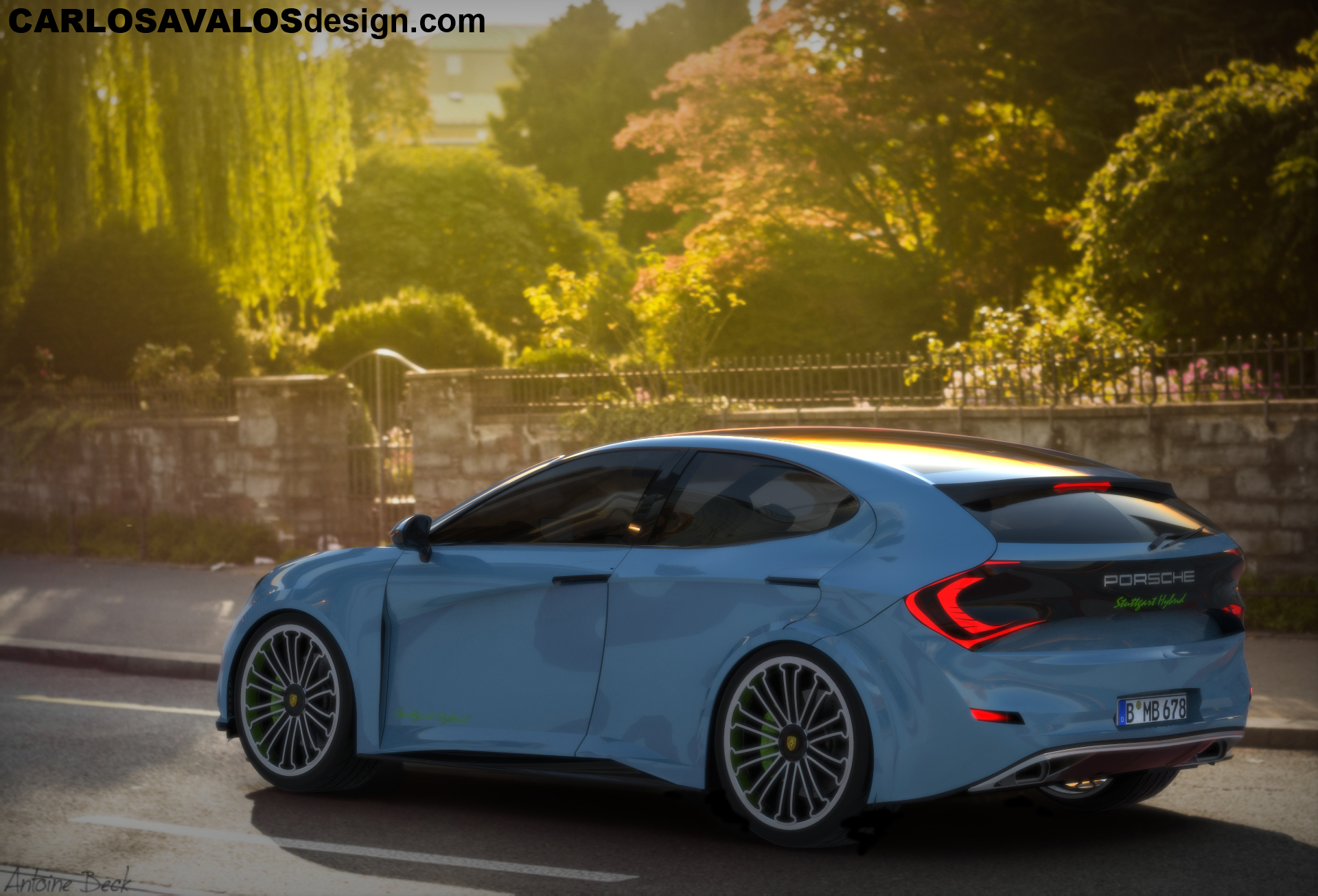